Regression - Finding a Function to Fit Your Data 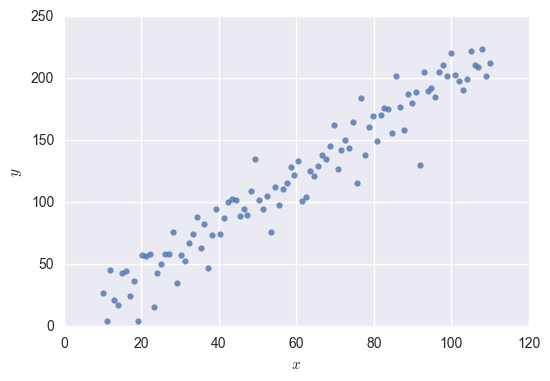 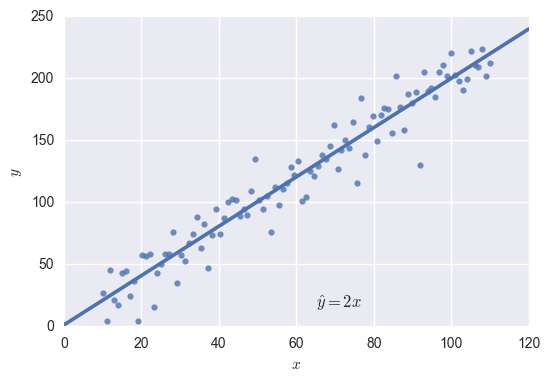 What do we do when fitting the data isn’t so easy, such as when our data looks like this? 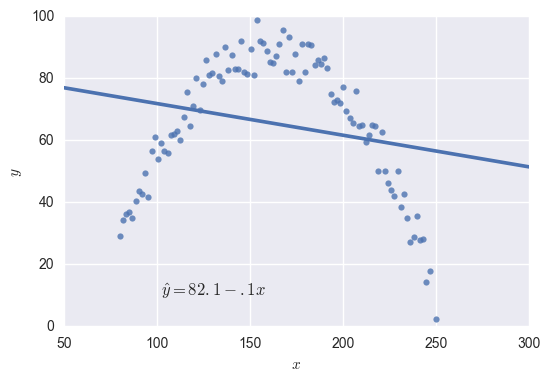 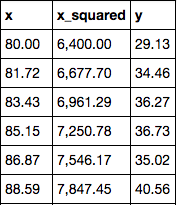 I run regression to predict \( y \) in terms of these two other variables, and I get: 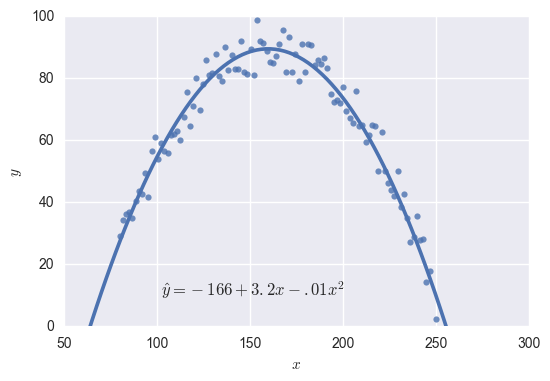 The principle here is to try and understand how my \( y \) variable varies as a function of my \( x \) variables, and then transform my \( x \)’s to match that function.

Sometimes, having an understanding of the subject matter that you’re dealing with can help you do this. Take a look at one more example using some made-up data: 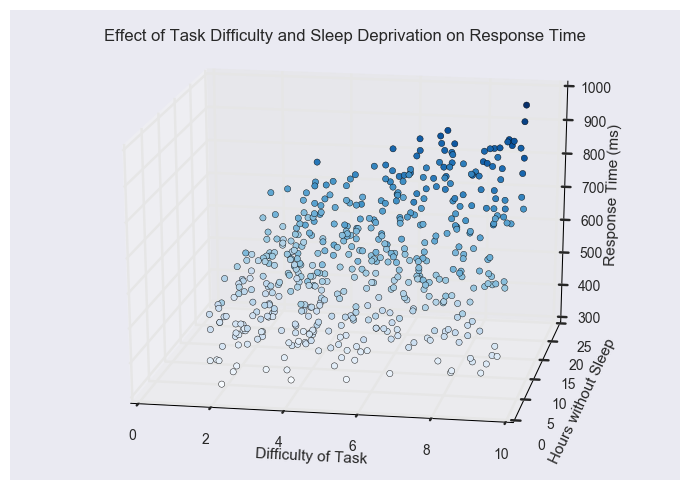 Imagine this data comes from a psychology experiment where participants complete tasks of varying difficulty after being kept awake for varying numbers of hours. The experimenter measures how participant response time (in milliseconds) on the tasks changes as a function of task difficulty and sleep deprivation. (Note that we have to visualize this in 3-D, because we now have three variables.)

If we wanted to make predictions based on this data, we would try to predict response time (our \( y \) variable) using task difficulty and sleep deprivation (our two \( x \) variables).

Let’s again use regression to fit a function to this data without doing any kind of transformation beforehand. Here’s what we get: 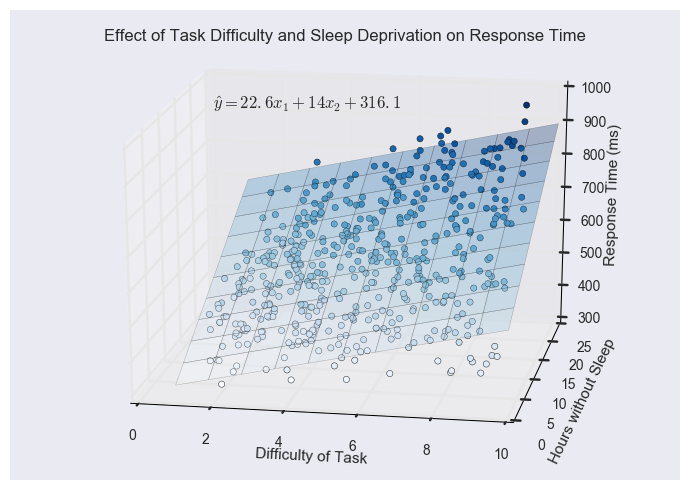 The equation for this function is \( \hat y=22.6x_1+14x_2+316.1 \), and as you were probably expecting, it isn’t a good fit. The bottom right corner of the plane is too high, whereas the top right corner is too low to fit the data correctly.

An experienced researcher might guess that there is an interaction between your \( x \) variables. This would mean that, say, a difficult task increases response time, but it increases response time even more when you’re sleep deprived. Mathematically, an interaction would look something like \( y=\beta_0+\beta_1x_1+\beta_2x_2+\beta_3x_1x_2 \). Notice the last term of the equation has \( x_1 \) and \( x_2 \) multiplied by each other. 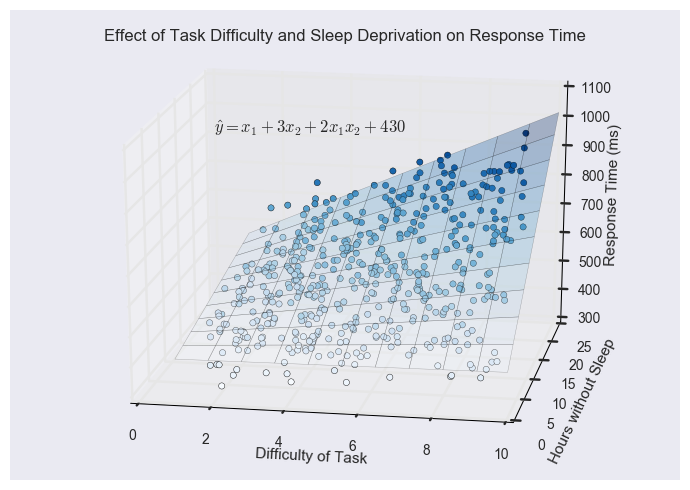 These are just a few common transformations you might need to do to your data to fit a regression. It’s also common to do a \( \log \) transformation, or create higher-order polynomial variables like \( x^3 \) or \( x^4 \).

I hope this helps build your intuition about using regression to fit a function to your data!